We Took A Trip

Posted on January 31, 2019 by raisingupdadsjp

We Took a Trip

A Trip to Nowhere in Particular

A few years ago, my wife and I moved our family back to the area of the Midwest where we were from. We had been living in Las Vegas, Nevada for several years and though we very much enjoyed living there, we wanted our children to have the opportunity to grow up around our respective extended families, both sides of which live within 30 minutes of where we now live.

I have no significant regrets of moving as it has been a tremendous boon to me personally (not surprising as I have been able to invest significantly more time into personal growth and social relationships) and professionally (somewhat surprising to me as moving resulted in me leaving my career at the time.)

I will readily admit I do sometimes miss living in Las Vegas. I miss the people with whom my family and I grew close. I miss walking down the Strip, where I relished the opportunity to be anonymous in a sea of people. A sea of people who often displayed the gritty hopes and dashed dreams that Vegas has been built on. I miss the food and in the midst of Midwest winter, I miss Vegas weather!

My family and I have not been back to Las Vegas since we moved away. Life has a way of moving on and we moved with it. My wife and I had discussed visiting sometime, but the timing just hadn’t worked out yet. But, last winter (likely sometime after another late season storm dumped several more inches of snow on the ground) we decided that we were going to go back and visit for a few days during our kids’ winter break from school.

We made our plans and a few days after this last Christmas, we were ready to go. When we did the math, we realized that it would be cheaper to drive than fly so we rented a car (as ours is not in good enough shape that we trusted it to make such a long drive,) packed it full of luggage, food and a variety of entertainment options for our children. We choose a route through the Southwest as we wanted to avoid the typical wintry weather of the upper Midwest, Colorado and Utah. Our biggest worry was how our children would handle a 20+ hour car ride.

In a bit of an ironic twist, our biggest worry was nothing to worry about at all and one of our minor worries became our biggest. That is, our children were incredibly well behaved throughout the course of the trip, but driving through the typically mild-weathered Southwest became extremely complicated by not one, but two recording breaking blizzards hitting New Mexico during the days we were scheduled to drive through that state.

The weather conditions were such that we reached a point where it seemed unsafe to press on and waiting it out would have delayed us so much that by the time we reached Vegas, it would have been time to go home. So, we turned around.

Over the first hour after we turned around, I drove mostly silently as I ruminated over the series of events that had led to us feeling like we had no choice but to turn around. I was trying to identify the ‘fatal’ mistake we had made, the mistaken decision made (even in good faith) that started us off on the path of eventually turning. After some thought, I concluded that the ‘fatal’ mistake I made was engaging in rock brain thinking rather than flexible thinking. 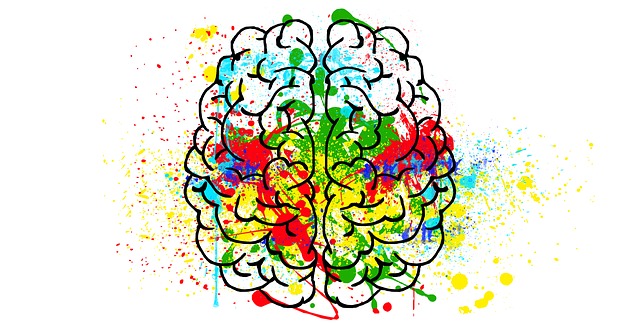 Rock brain and flexible thinking are terms coined by Michelle Garcia Winner in her social emotion learning curriculum for children titled Superflex. In over-simplified terms, rock brain thinking is stubbornly holding to an opinion and an inability or unwillingness to consider alternative viewpoints. Flexible thinking is being able to consider a variety of options and choose the best one.

Most people in non-stressful situations can use flexible thinking. When stress is introduced though, it becomes harder and harder to make a well-informed decision. For example, imagine ordering a meal in a reasonably quiet restaurant versus ordering dinner in that same restaurant while an upset baby cries loudly next to you.

Further, say you wanted a specific item off the menu. And say the restaurant happens to be out of said item. In a non-stressful situation, you may engage in rock brain thinking initially and insist that the menu item you wanted is the only item you wanted. But eventually, you’ll likely consider other options such as another menu item or going to another restaurant.

Now, imagine that scenario again but with the screaming, crying baby next to your ear. The stress of that situation is going to make it much more difficult to consider other options. Instead of considering another menu item, I may insist on what I wanted, demand to speak to a manager, yell at the baby, become highly irritated and refuse to listen to anyone who is telling me I can’t have whatever menu item it is that I wanted.

In my situation, the menu item I wanted was to take the route I had planned to take and to make the stops along the way we had planned to make. The screaming, crying baby was the blizzard and ever worsening road conditions.

As my wife and I talked through our options, it seemed like the only good option was to stick to our plan with the only deviation being to stay a day extra at one of our stops in hopes that the weather would quickly pass. Suffice to say, the only good option didn’t pan out and as I mentioned above, we eventually turned around. Not surprisingly, once we turned around and the stress was removed of trying to get where we wanted when we wanted, we suddenly were able to generate several options that likely would have allowed us to reach our destination. If only we had been able to think so flexibly while stressed, right?

But, it is not impossible to engage in flexible thinking during stressful moments. It takes awareness and practice.

Awareness is also knowing the signs in the moment that you are engaging in rock brain thinking. Do you get irritated at the suggestion of another option? Are you acting abnormally to how you normally act in order to get your way? Do you feel physically agitated or on-edge? Answering yes to any of these may be an indicator that you’re headed to rock brain thinking.

For instance, I live in a city with a lot of railways across main streets. When I find myself delayed by a train, I think about what alternative routes I could take or what signs I could have looked for to avoid the train. Most of the time, the trains only delay me a few minutes so it’s not really worth taking an alternative route, but if there was ever an emergency situation that I needed to get across town for, I have already practiced what I would do and would be able to immediately engage in flexible thinking to quickly find an alternative route.

Flexible thinking isn’t going to ‘save’ every stressful situation. But, it can help to make difficult situations less stressful and potentially lead you to a more helpful outcome.