Take two new, unblemished sheets of paper. They should be completely clean of any marks, folds, tears, etc.

Now, take one sheet of paper and crumble it up. Fold it over itself multiple times, wrinkle it up, you can even tear it in pieces if you’d like. Take at least a minute crumbling it up as much as you can.

Now, take a couple minutes and return the piece of paper to its original state. Unfold it, press the wrinkles out, put the torn pieces back together.

The wrinkled paper represents a person who we have hurt, offended, etc. The point is no matter how hard we try, there is nothing we can do to restore the offended person to their original state, that is, the unblemished, clean, still new sheet of paper. 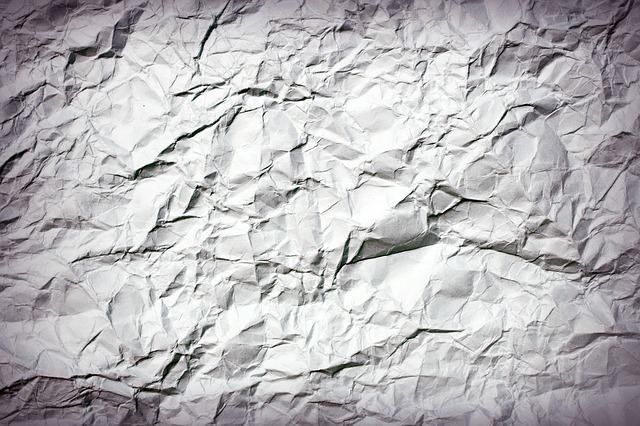 What Does it Mean?

All offenses are eternal because there is nothing I can ever do to completely restore you to your previously unblemished state. Nietzsche and Paul the Apostle were right. Any punishment for an offense could justifiably be eternal. If there’s nothing I can ever do to fully restore you to the pre-offended state then why should I ever be allowed to be in a state in which I am no longer punished for the hurt I caused you? Is that not the only truly fair application of justice?

All have offended and been offended. As I focus on the offenses that have been brought on me, it is very easy to forget that offense I have committed against another. Or at least, it’s easy to minimize it.

The only escape then is through a radical means that exists outside of the cycle of competing punishments. The escape from the eternal punishment we bring on ourselves from how we treat each other is forgiveness.

Forgiveness is a choice to stop the cycle of deserved punishment.

Forgiveness is a difficult choice.

I was speaking once with a person whose father left them at a young age. In tears, this person described how even years later they were still incredibly hurt by their father’s choice. I asked them if they would ever be able to forgive their father for leaving. The answer, at that time, was no. I imagine it still is.

That person is justified to not forgive and they are entitled to the anger they feel. Their father hurt them and has shown no indication that he is sorry for leaving. But, forgiveness is not saying “It was okay for my father leaving”. Forgiveness is saying “I’m not going to let my father leaving control me anymore.”

Forgiveness is a difficult choice as it asks the offended person to examine the depth of the hurt brought on by the offender.

For years, I have harbored anger against the faith communities in which I have participated. Not the faith itself but the organized body of believers who I was supposed to be with in community. I often felt judged and looked down on because of my socioeconomic status, my vocation, etc.; essentially, my identity. Rarely was anything said or done to me directly, but I heard what was said about others with whom I share characteristics (socioeconomic status, vocation, identity, etc.).

What was said was rarely kind.

In the faith communities in which I participated, I have often heard sermons encouraging me to put on the ‘armor of God’ when I go out to face the world. To me, the world was fine. Yes, there are awful atrocities that occur every day in the world, but the world in which I interacted with accepted me as me. It was at church where I most needed the ‘armor of God’.

Even as my faith has grown, anger at my collective faith community has remained. I knew I needed to forgive but I had not yet reached in myself the depths of the hurt that had been caused. I forgave for slights I felt as a child about my socioeconomic status. I forgave for slights I felt for the non-‘normative’ vocational role I took on a few years ago as a stay-at-home father. But, what I only recently realized was, I had never forgiven for slights I had felt towards my identity from early adolescence on to the present day.

It had never occurred to me how deeply I had been hurt. With no real forethought, I recently spoke to my wife about some of these hurts. Her gracious understanding and empathy allowed me to feel the immediate release of the emotional prison my anger had kept me in for so long. For the first time, I felt I could finally fully forgive the offenses my faith community had committed against me.

My faith and my faith community play an important and central role in my life and my family’s life. Rather than living the rest of my life angry and seeking out punishments for slights, real and perceived, forgiveness allows me to move on. The faith communities in which I have participated may never know the hurt they have caused me. But, in terms of forgiveness, there’s not a requirement that both parties be present in the choice to forgive.

We can be the ones who break the cycle. It may be difficult. It may at times feel impossible, but it is worth it. For our sake and for the sake of our children.

Thank you for giving me the time of your day to read what I have written. It is a gift that is appreciated.

You are loved, valued and welcomed here,