Middle Childhood: The Feeling of Never Being Enough

Posted on January 26, 2018 by raisingupdadsjp

Middle Childhood: The Feeling of Never Being Enough

Early childhood and adolescence gets the bulk of attention in regards to developmental stages that occur before adulthood. This is not surprising as lots of obvious changes do occur during early childhood and adolescence. But, this does not mean that the years in between these stages (often referred to as the elementary years, middle childhood, the ages generally between 6 – 11, etc.) are not equally important.

Middle childhood consists of a number of developmental experiences that, in a sense, set the stage for later developments in adolescence and adulthood. Between early childhood and adolescence is when children first begin to reason and show signs of abstract thought. Likely for the first time, children have to navigate social situations with their peers without direct supervision of an adult. How children perceive themselves during these years and their success and failures becomes vital in determining the type of person they may grown to become. 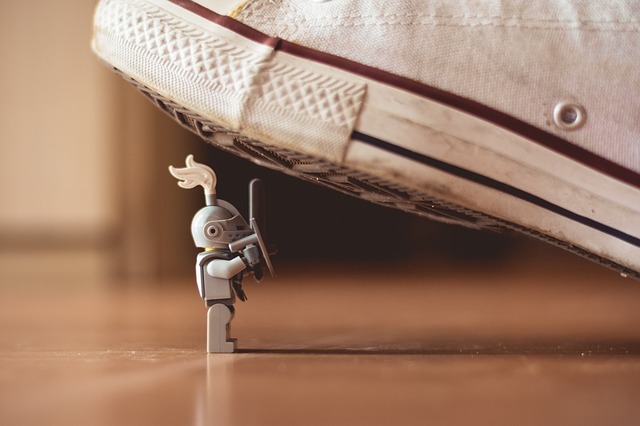 How Middle Childhood Shaped My Life

I recently went with my family to see the movie musical, “The Greatest Showman.” It was an overall enjoyable movie-going experience. The lyrics of one song stuck out to me.

When I became a stay-at-home parent, for the first time since my late childhood, I had to slow down. As I have written elsewhere, my world shrank and the needs of my kids became a greater priority than anything else in my life. This slow-down also forced me to have to work through several hard truths about myself that I had previously been able to ignore by filling my days with activity after activity as a teenager and more and more work as an adult.

I stopped playing with toys around the age of ten. I can clearly remember taking the time to set up several GI Joe action figures in preparation for some imagined battle. After setting them up, a thought occurred to me that I wasn’t a kid anymore and I needed to get on with my life. I never really played with toys again. Even now I have a hard time playing with toys with my children. I’ve gotten better I think but I wouldn’t ever say it comes naturally to me.

Several factors that I have only recently connected contributed to this decision, all of which relate to the developmental stage I was going through. Like most children in middle childhood, I was becoming more aware of myself, the world around me and how I fit into that world. In my world, socially I was considered smart. Teachers praised me, my parents were proud of my good grades, etc. But, to me, smartness meant responsibility and heightened expectations. A responsibility to work harder than my peers and an expectation to accomplish more than my peers faster than my peers. I needed to live up to my hype so to speak.

Around this age, I also became more aware of dysfunction within my family and my role within that dysfunction. In short, I always felt my role was the diplomat or the peacemaker. I failed at this role, over and over. It wasn’t my fault, but I felt it was. It was not really anyone’s fault other than the randomness of the combination of genetics, intergenerational trauma and a million other environmental factors. I didn’t then, and I don’t now blame anyone for how I felt or how I perceived my world. Eventually though, after determining I had failed enough, I decided I would avoid failure and focus on those things which made me feel good about myself.

The tension of being successful in school and a failure at home led me to decide I would use my success in the school realm to escape my failures at home. As mentioned above, I spent my adolescence and early adulthood years escaping to avoid personal failure. By most reasonable standards, I was successful, too. I had a high GPA, graduated from college, received promotions at work, got consistently good reviews from my bosses, etc.

The difficult truth though was that no amount of success was enough to dispel the failure I had carried with me since my late elementary years. In fact, in my adolescence and early adulthood, I only added to the failure I already felt I was. Nothing was ever enough for me because the goalposts were always being set further and further back.

From the time in middle childhood when I began to understand the world around me, I had been running away from myself. The years I spent as a stay-at-home parent were crucial to helping me to stop running.

My oldest is at the beginning stages of middle childhood. Though I have raised teenagers, she’s the first child my wife and I have raised from birth. It was always incredibly rewarding to see our teens reach that moment of ‘getting it’. The same is true for our oldest as she has recently started to become more aware of herself, the world around her and how she may fit into that world in a helpful and positive way.

I often think about how my children will perceive me as they grow up and become more aware of their world. Will my parenting lead them to enjoy success and manage failure? I hope so. I am by no means a perfect parent, but then again, my goal is only to be a good parent to them.

The reflection above was an easy way to show how some of my experiences in middle childhood directly influenced later stages of my development. Overall, I have mostly positive memories of my childhood. My needs were met and my parents cared about me. Those two factors contributed heavily to the success in life I have been able to have despite my weak moments. Thus, the point of what I’m shared was not to condemn or give anyone else the opportunity to pass judgment but rather merely to show how even in stages of growth that seem relatively benign, experiences can affect a person across their lifespan.

For parents, the take-away is that being attentive and sensitive to your child’s needs in middle childhood means paying attention to how their moral and social development is going and how those developments relate to them having a positive sense of self. We won’t get it perfect, but perhaps we can provide more of a safe-haven for our middle childhood children than we ourselves experienced. Sometimes, that is the best we can hope for as parents – to contribute to a generational pattern of healing, each generation just a little brighter than the one that came before.