Ignore the Noise, Focus on Your Child

Posted on September 13, 2017 by raisingupdadsjp

Ignore the Noise, Focus on Your Child

I have often heard that the first few years of a child’s life are the most important years for ensuring later success in life. 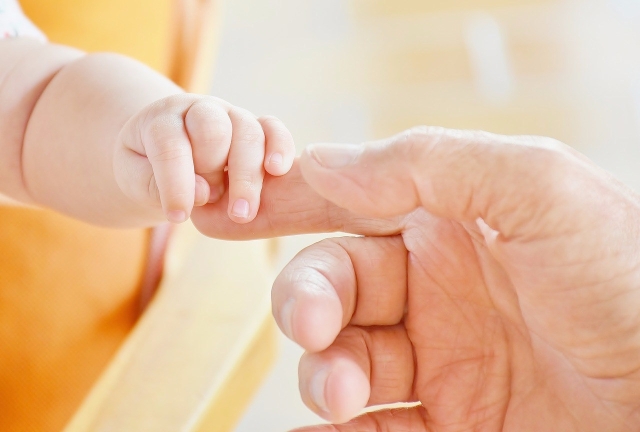 There is so much truth to this viewpoint, but it is not always presented in a way that accurately conveys what exactly is significant about the first few years of a child’s life. This often leads to misinformation being widely disseminated or the important information being lost in the noise.

The outcome then is millions of parents who are overly anxious and afraid that they have somehow “ruined” their child by not doing everything the “right” way during the first few years of their child’s life. If you don’t believe me, I suggest looking at the message board of any parenting-related website with even a semi-large following. Or just ask a parent of a toddler how they feel they are doing in raising their child.

Let me be clear. The first few years of a child’s life are important. Children grow physically, mentally/emotionally and cognitively at higher rates than any other developmental stage. Children form attachments that can greatly influence later relationships and mental health. Children begin to learn the values (such as whether they can trust you or not) that will shape decisions they make the rest of their lives. See this great video from the Brookings Institution for a more in-depth explanation of the importance of early childhood.

But, this does not mean mistakes made in early childhood cannot be overcome.

Researchers have studied resiliency in victims of trauma and discovered how humans are able to overcome these tragic experiences with specific therapeutic interventions. I recommend The Boy Who Was Raised as a Dog by Dr. Bruce Perry for more information on how trauma affects children in early childhood. But again, let me emphasize I am here speaking specifically of victims of trauma which is not the normative experience of most children.

All parents make mistakes. All children develop differently along a normative pathway.

That one time you raised your voice at your 1-year-old because they were making you late for a fantasy football draft? (Me.) Probably not going to send your child into a life-long downward spiral.

Your child wasn’t potty trained until 3? So what? Most Kindergartners are.

As long as your child is regularly meeting developmental milestones and you’re not acting in an abusive and neglectful way towards your child, their development and growth is, most likely, on track.

Last month, I presented my opinion on What Kids Need the Most for Later Success in Life. I simplified it down to two concepts. Sensitivity and attentiveness. In this article, I will be expanding on why sensitivity and attentiveness are important during early childhood (which at Raising Up Dads is defined as prenatal to age five). Specifically, I will review what it means to be sensitive and attentive to a child during early childhood. I will also provide a few brief examples of how you can be sensitive and attentive to your child’s physical, mental/emotional and cognitive needs during early childhood. (Follow us on Twitter this month to find more parenting tips and advice specific to prenatal development and infant, toddler and preschool development.)

Being sensitive and attentive to your child during early childhood is a simple concept but it is not necessarily an easy one to put into practice.

They start out unable to take care of their most basic needs and have only the vaguest awareness of the dangers in the world around them. Children during early childhood are growing physically, mentally/emotionally, and cognitively. They are ever curious and wanting to explore the world around them. In a sense, the helplessness and neediness and constant wanting to explore the world forces parents to be attentive and sensitive to their children during early childhood (at least when their parents aren’t completely exhausted!)

As a parent, being attentive and sensitive during early childhood is concrete.

It means teaching your child the basics of taking care of themselves.

It means supporting (not driving) your child’s own natural physical, mental/emotional, and cognitive development.

The following section lists only a few examples of ways in which you can be attentive and sensitive to your child during early childhood. For a much more comprehensive list, follow us on Twitter! Each day of the week during September gives advice on a different specific age. Monday – Prenatal, Tuesday – Infants, Wednesday – Toddlers, Thursday – Pre-school, Friday – Developmental Milestones throughout Early Childhood

A few years ago, as I was getting ready for the arrival of my first baby, I asked a trusted colleague for advice on how to ensure my kids turn out to be genius prodigies and athletes who can transcend barriers of gender, socioeconomic class and culture. Those were not my exact words but the intent was only barely beneath the surface. I knew early childhood were the crucial years and I wanted to know what I needed to do during those years so as not to screw up my kids’ future. I asked him because his own children were all smart, successful and hard-working.

His response was that he and his wife just read to their kids. He said they mostly ignored trendy child development books and fads. They just read to their kids every night for a few minutes. I would guess he was oversimplifying. But, I still find the answer to be a great one as even in the simple act of reading to their children, they incorporated so many elements of being sensitive and attentive. Reading to a child helps with language development, can help build or cement a strong attachment, assists with creative thinking and more!

Since receiving this advice, I have tried to take a simpler approach to parenting through early childhood. Namely, I don’t worry much if my children are doing everything my friends’ kids are doing. I don’t worry much if I am adhering well enough to whatever the latest parenting fad is. Instead, I focus on if in the moment, I am providing care that reinforces pro-social behavior.

I will admit however that though the concepts of being sensitive and attentive are relatively straight-forward during early childhood, being sensitive and attentive does take consistent effort to implement well and it often takes years to see the pay-off. I have been teaching to my children since they were born. I have been rewarding and praising behavior I wanted to see more of, correcting and providing alternatives to behavior I did not want to see more of while overall trying to be patient. I have been sensitive to their needs as their concept of self-worth is formed.

If you are looking for an easy parenting technique that results in perfect children, you will not find it here. To be honest, that parenting technique doesn’t exist. Good parenting takes time and hard work no matter what parenting theory you subscribe to. But, if you’re reading this, you probably already know that and are open to the idea of working hard to raise children who are well equipped for success. By being sensitive and attentive, you are ignoring the noise of everyone else and instead focusing on what your child needs most from you, that is; your attention.

Have you been through early childhood with your children? Are you in the middle of it? Are you about to enter in? What have been your experiences? What are you fears? What are you successes?

We would love to hear from you in the comments below!

1 Response to Ignore the Noise, Focus on Your Child