Being Mindful of the Present

Posted on August 26, 2017 by raisingupdadsjp

Being Mindful of the Present

For most of my life, I thought my mental health was not anything that I needed to give any sort of intentional thought. Mental health care was great for others and I readily advocated for it.

But, mental health care for me?

No way, never needed it!

Then, I quickly realized my mental health coping skills were very poor. Understanding and attempting mindfulness techniques made all the difference. 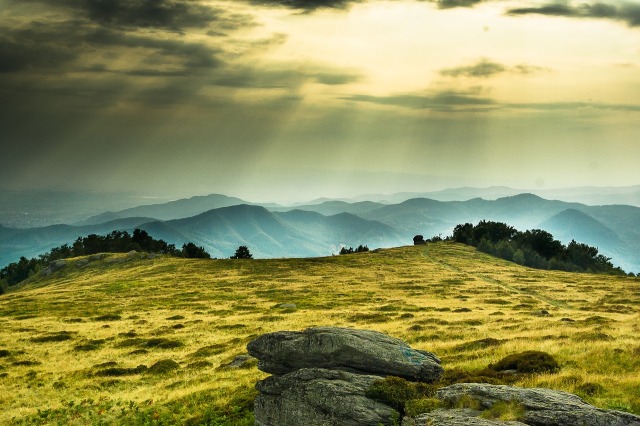 Mindfulness is the ability to be present in the moment, neither anxious about the future nor overwhelmed by the past, not judging or analyzing the thoughts the come across your mind.

Everyone has the ability to be mindful and aware of how their thoughts, feelings and senses are currently being affected by their current experiences (Mindful, 2015).

Being mindful can potentially even allow a person to restructure the physical make-up of their brain, making it an approach with the potential to have innumerable positive applications for persons suffering from a variety of mental health illnesses including PTSD and depression. According to researchers, mindfulness increases activity in those areas of the brain related to emotional regulation, learning processes, etc (Holzel, 2010). Through mindfulness, a person can learn to regulate the “fight or flight” response caused by stressful situations in order to allow a person to have a more thoughtful and beneficial response (Ireland, 2014). To hear a more in-depth explanation of mindfulness on the brain, click here.

I first heard about mindfulness a few years ago. I was having a conversation about different theories of therapeutic intervention with a clinician with whom I worked. She mentioned a promising new intervention called mindfulness. I thought little of it at the time other than that it seemed a lot different from the other techniques I was familiar with at the time. I failed to understand the nuances of mindfulness and mostly dismissed it as some sort of niche intervention. Approximately five years later, I found myself attempting techniques of mindfulness and having more success at combating depressive states within myself than I could have imagined.

Before getting into practical applications, I want to note that I, personally, take a broader definition of mindfulness than the clinical definition I presented above. I find practices of mindfulness present in every faith community I have participated in or studied. Christianity is the faith with which I am most familiar and I was reminded of mindfulness often when reading Brother Lawrence’s The Practice of the Presence of God and Frank Laubach’s Letters of a Modern Mystic. In my opinion, the major difference between clinical mindfulness and Christian meditation is not in the techniques but in the focus of thought. That is; in Christian meditation the focus is on filling the mind with a never-ceasing attempt to seek God and His Kingdom.

The following are 3 applications of principles of mindfulness. They focus on Awareness, Observation and Breathing.

I have young children so the idea of sitting in silence, doing deep breathing exercises is not likely to happen in the next decade. But, sometimes young children fall asleep in the car. Or at least, they are often able to occupy themselves during a fifteen minute or longer drive.

I often drove around for an hour or more while my children napped. In that time, I thought about how I felt in the moment (usually bored), how I had gotten there (I turned left instead of right at the last light), and where I was going (eventually home or by my wife’s place of work.) How I currently feel, how I had gotten there and where was I going were the three questions I generally attempted to be aware of during these drives.

If your kids are anything like mine, they love to play. I am not the greatest at joining them in play but I do enjoy watching them play. Children’s play is creative and joy-filled. It’s difficult to be a grump for too long when watching children play. I had to really try to hold onto negative thoughts and emotions when practicing mindful observation of my children playing. The moment I relaxed, all hope was lost and my mood improved significantly.

Also, as I mindfully watched my children play, I became aware of development that I hadn’t noticed previously. This had a tremendous positive affect on how I felt about my decision to leave my career and be a stay-at-home parent. I.e. My children were thriving and I was part of the reason why.

There are plenty of resources for deep breathing exercises as they relate to mindfulness (See the links below or use Google) so I am going to skip an explanation on how to breath.

I used this technique most often in conjunction with exercising, specifically lifting and running. I picked a short motivating passage from the faith tradition I follow and I repeated it over and over in my head as I completed whatever activity I was doing. I timed the repetition to go in step with breathing in and breathing out. Often, I would find myself better able to complete my work-out as I was more focused on my inner mediation than I was being tired. Somewhat related, mindfulness techniques such as breathing and mediation have shown to be promising aides in pain relief (Zeidan, 2012).

Further explanations on these techniques I used as well as other techniques of mindfulness: Mindfulness Exercises from Mayo Clinic, Six Techniques from Pocket Mindfulness, Mindfulness and Chronic Pain Reduction.

About two years ago, I came to a point in my life in which I recognized I was deeply unhappy, overwhelmed and probably a little depressed. I felt powerless to do anything about it too as no intervention I tried seemed to help. I worked out more, I considered career changes, I sought advice from others.

None of it had any sort of long term effect to displace the negative outlook of my mind. Until that is, I tried mindfulness, specifically mindfulness meditation. (Another name for the technique I used is meditative prayer. See this explanation here by Richard Foster starting at the 8:00 minute mark.)

It wasn’t an instant fix. It took several weeks of practicing techniques in which I attempted to constantly center my mind on the present and thoughts related to the faith to which I adhere and the God I believe in.  But, one day, I realized something about the depressive states that had constantly been trying to overwhelm my mind and body. One day, I realized the depressive states were gone and I was experiencing happiness, true genuine joy-filled happiness.

Two years later, I still find that joy within me. I continue to practice meditative prayer. In all fairness, I still have moments where my mood is not great but it is nothing like what I had been experiencing before I started practicing mindfulness. As parents and fathers, our children need us to be healthy so that we can be there to raise them. For me, I always had considered physical health and financial health to be the main ways in which I was staying health. To my and my family’s temporary detriment, I generally ignored my mental health. I was fortunate that mindfulness worked for me. Had it not, I would have sought out professional counseling. (Arguably, I should have anyway instead of self-treating.)

What are your thoughts on mindfulness? Is this something you have tried or would consider trying? We would love to hear from you in the comments below!

Ireland, T. (2014) “What does mindfulness meditation do to your brain?” Scientific American. https://blogs.scientificamerican.com/guest-blog/what-does-mindfulness-meditation-do-to-your-brain/

Mindful. (2015) “Getting started with mindfulness.” https://www.mindful.org/meditation/mindfulness-getting-started/

1 Response to Being Mindful of the Present